Bitcoin’s all-time high was reached just after the U.S. Consumer Price Index (CPI) report showed higher-than-expected inflation in October. The U.S. Department of Labor said in the report that the CPI rose 6.2% in October versus 12 months prior, the fastest pace in three decades.

The shakeout appeared to coincide with a turn lower in U.S. stock markets as analysts digested the CPI report, according to IntoTheBlock’s Juan Pellicer.

“The S&P 500 and Nasdaq reacted badly to the announcement,” said Pellicer. This then influenced the crypto market, he said.

In a report early Thursday, Lennard Neo of Stack Funds wrote that the delayed market reaction in stocks and bitcoin might have stemmed from an end-of-day assessment that faster inflation might trigger a quicker response from the Federal Reserve to tighten monetary policy.

As signaled by CoinDesk earlier this week, a more hawkish tilt at the U.S. central bank might put downward pressure on prices of riskier assets.

What is the relationship between bitcoin and stocks?

The chart below shows the closing price of the U.S. stock indexes, alongside BTC and ether (ETH), the second-largest cryptocurrency by market capitalization, over a seven-day period. The chart shows the bearish reaction – ultimately, by the end of the day – to the inflation announcement.

According to CoinDesk data, the 90-day correlation between bitcoin and the S&P 500 has increased from around zero in June – signaling no real relationship – to about 0.3% now, representing a slightly positive price relationship. 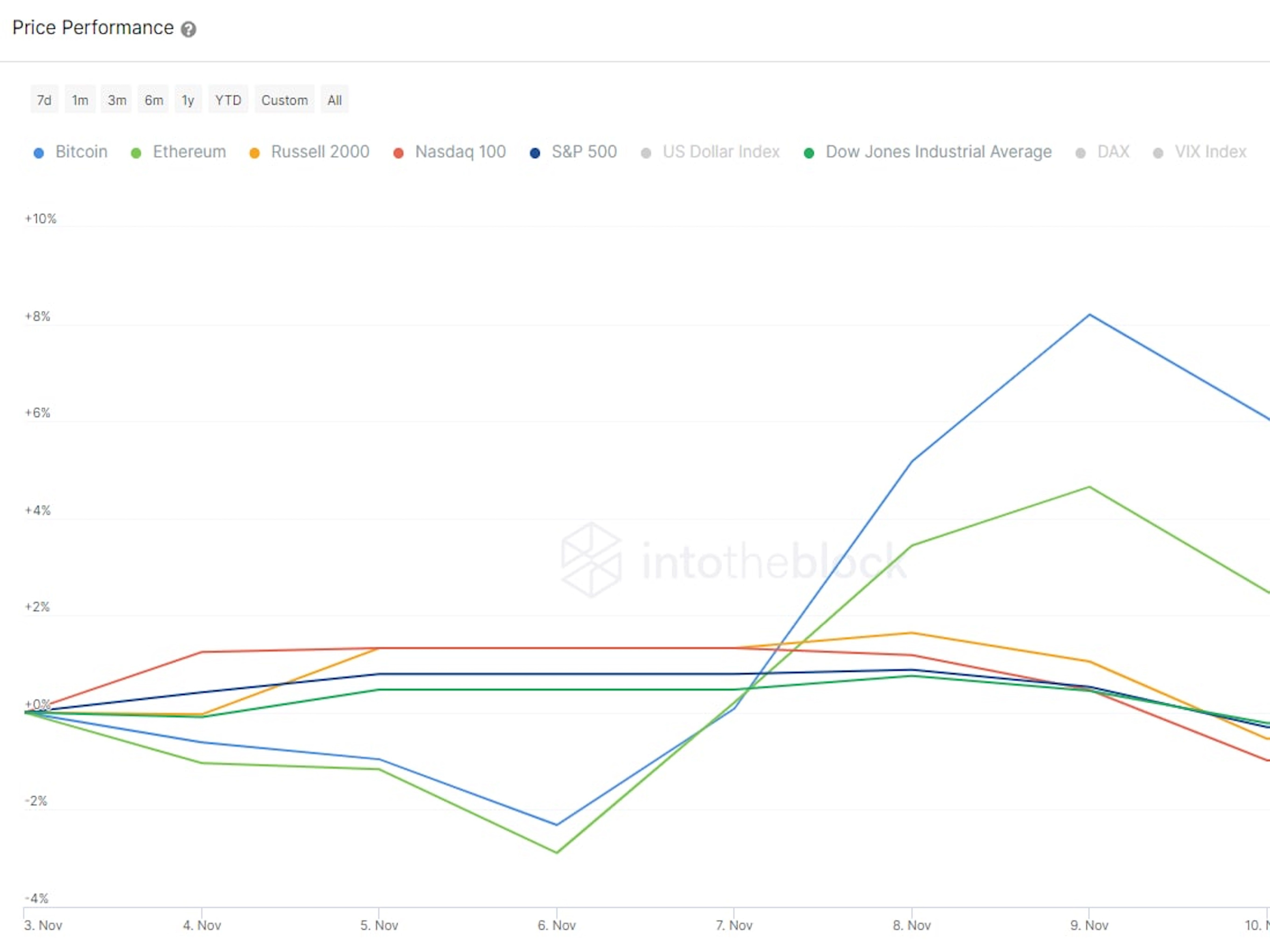 Laurent Kssis, director of CEC Capital, said he is seeing a lot of demand for BTC on the back of the price drop late Wednesday.

According to Kssis, reasons for the drop are unclear, but it was exacerbated by liquidations of long trading positions.

Ether also reached an all-time high Wednesday, hitting $4,851. At press time, it was down 2% on the day.

Other smart-contract tokens in the green include Solana’s SOL token, which is up 2% in the last 24 hours, trading at $241, just shy of its all-time high reached Nov. 6.