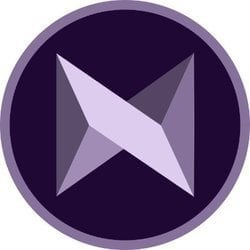 I will admit, the attention drawn to cryptocurrency in the past twelve months has undoubtedly fuelled a great amount of scepticism as to what purpose it truly serves within the global economy. In saying that, one may question what benefit investing in something so volatile can bring to them as an individual. For instance, projects with staking components appearing in masses each with almost identical whitepapers that promise absurd APYs. Such projects will often encourage you to stake as much as you can, as 'high risk equates to high reward'. This is common knowledge, however it raises the question of whether lower risk can still equate to substantial reward.

Novo Protocol recently caught my eye, with the team claiming to have come up with a concept they refer to as 'temporal staking'. Why did it jump out at me? The idea of time being factored into a staking mechanism has immense potential in levelling the playing field for all investors. Amongst other pillars of utility, such a mechanism will allow many of you with limited funds to compete with 'whales' often having copious amounts of disposable income. In addition, one wallet may only accumulate 0.5% of the total supply, which is key in lowering volatility and preventing sizeable sell-offs, thereby stabilising the currency.

How does temporal staking work? Note that these figures do not reflect the distributions of Novo's temporal staking mechanism. Say John has been staking $10 worth of a Novo tokens for 100 days, and today, Michelle decides to stake $1000 worth of Novo tokens. Despite John having staked a significantly lower amount than Michelle, the time spent staking means that their staking reward will be equal.

Groundbreaking, or merely another project? With the upcoming release of 'Novo Pay', an app aspiring to allow projects to easily purchase currencies only listed on a DEX, as well as the currency's deflationary nature, I'm curious as to how this project will unfold within the coming months and years. With a team that is fully doxxed, I can't see why following this project wouldn't be worthwhile.