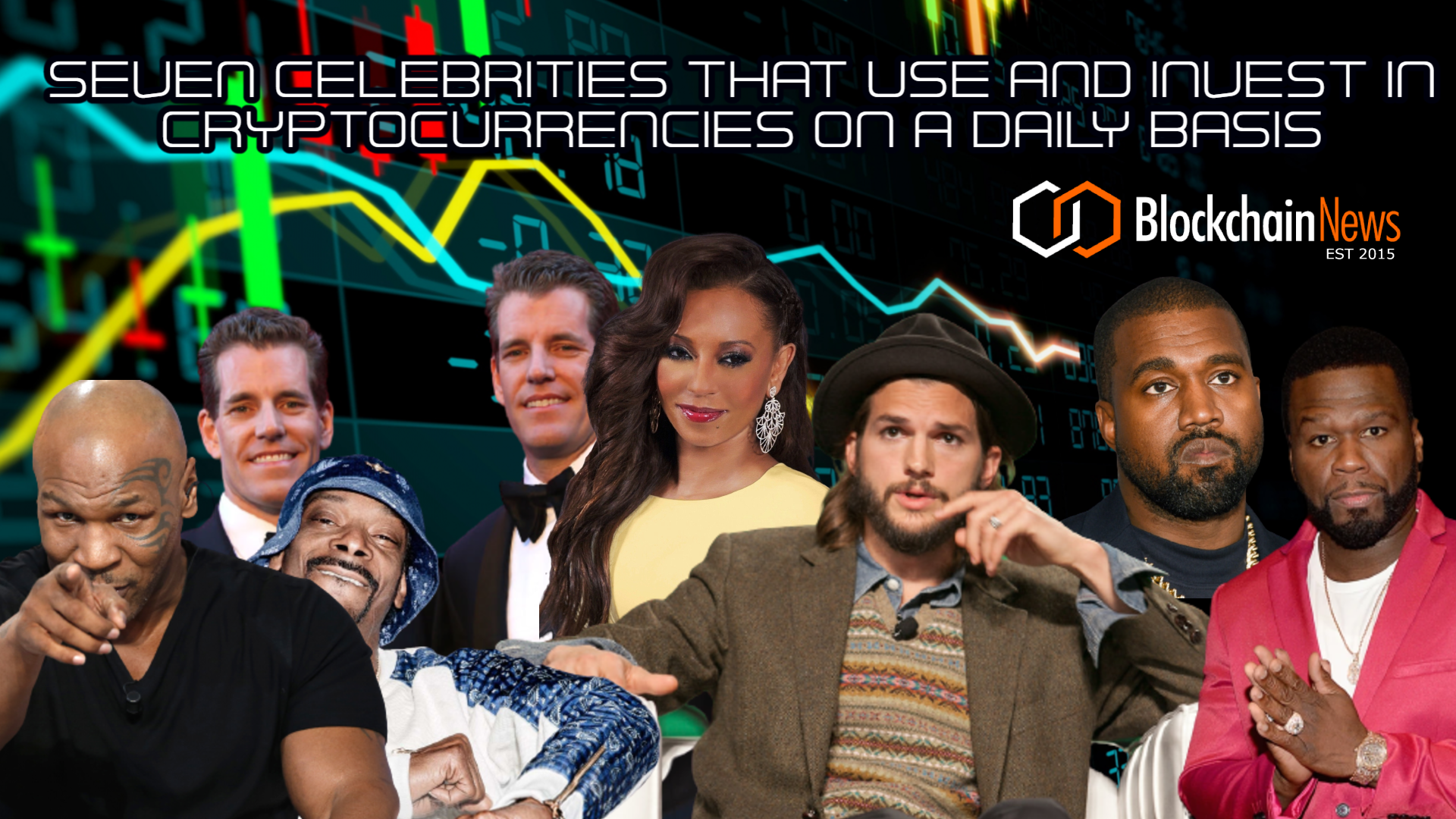 If you thought that the “cryptocurrency world” was only limited by nerds, then let us open your eyes with this list.

To our surprise, we have found more than 100 celebrities that use and invest in cryptocurrencies

They have diverse reasons for it, but something that all of them have in common is that they don´t have any regrets, in fact, they are happy with the results after they started to use cryptos, they enjoy the freedom and security that blockchain offers them in general

Apparently, the actor not only plays millionaire roles in movies or TV series (as Steve Jobs or Walden Schmidt) He also likes to make smart use of his money.

Or at least that was the impression he gave on “The Ellen Degeneres Show” when he talked about where he was investing his money.

Know widely in the Hollywood world, the Winklevoss twins are a perfect example of how volatile the cryptocurrency market could be since the way their fortune fluctuates is everything but normal.

However, they are positioned as great entrepreneurs, cameo experts, and Hollywood most charismatic twins.

In 2014, 50 Cent saw a great opportunity to test the value of cryptocurrencies. Therefore, he listed Bitcoin as one of the payment methods for his album “Animal Ambition” besides the dollar.

The way that Kanye made his interest in cryptocurrencies public was using the same way that he usually does for all things: causing controversy.

Accordingly, in August 2018, Troncoin better known as TRX enabled a protocol that allowed people to send TRX through Twitter.

The idea behind it was using TRX to send small tips, drawing attention to the cryptocurrency versatility.

However, one of the personalities who received a tip was Kanye West and his answer about how marvellous cryptocurrencies were caused all the topic to go viral.

It was thanks to that event that 10 of the not-so-known cryptocurrencies began to be used due to their accessibility in their price (especially comparing them to Bitcoin).

Also, several initiatives to educate people about cryptocurrencies began to be a trend, such as this thorough guide to Ripple.

Another example of artists who decided to enable the Bitcoin payment of their album is Snoop Dogg, although his story is more curious since it was all thanks to an innocent comment he made on the red carpet in December 2013.

After a few hours, Coinbase mentioned him in a Tweet telling him that they fulfill his idea and that is how the artist increased his coffers exponentially.

The Spice Girl also has a pretty curious story of how she enters the world of cryptocurrencies. In short, seeing the success that other artists had with Bitcoin, she allied with Cloud Hashing, which allowed the use of cryptocurrencies to become more popular in Europe.

Although everyone sees Myke Tyson as an ex-boxer with a tattooed face (or even as the guy who bit his opponent’s ear), Tyson, who started investing in Bitcoin at an early age of the currency, today is one of the top activists (and crypto millionaires) trying to bring cryptocurrencies to the world.

That is why some BTC ATMs have Tyson’s tattoo on their sides.

Could an Earnings Recession Lead to More Pain for Crypto? – Blockchain News, Opinion, TV and Jobs

Market-Beating Trading Bot Is a Big Fan of This Altcoin