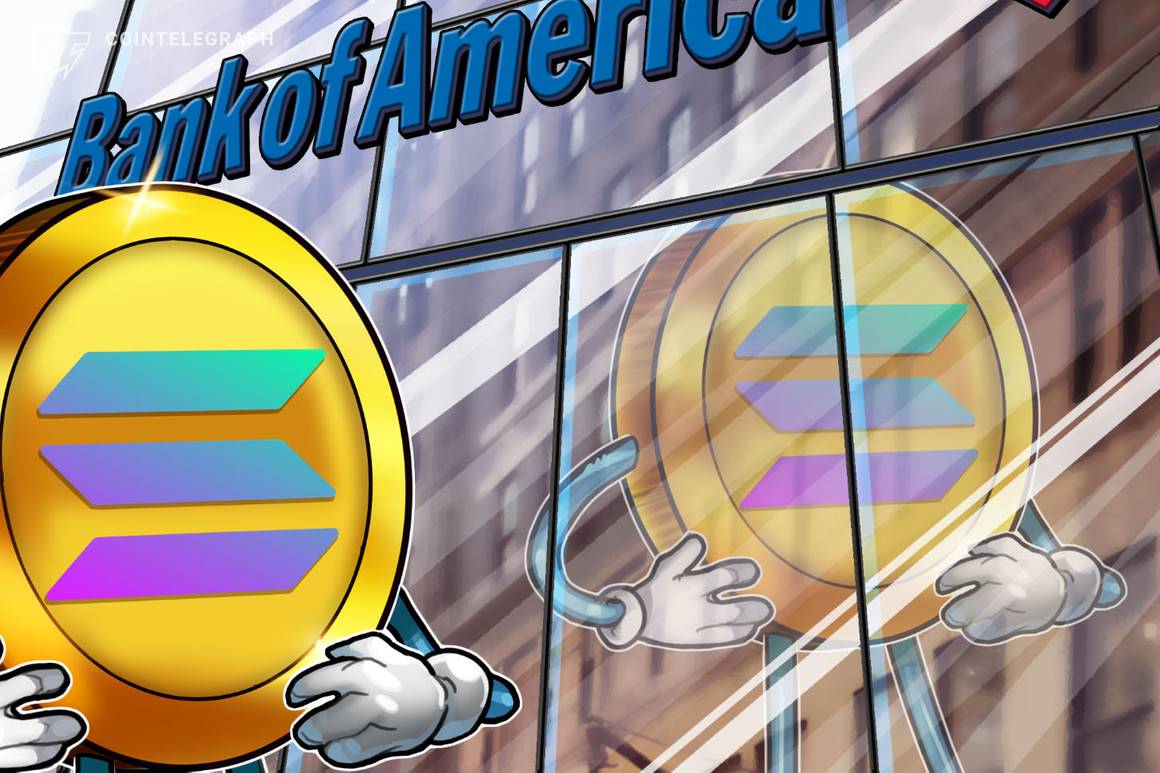 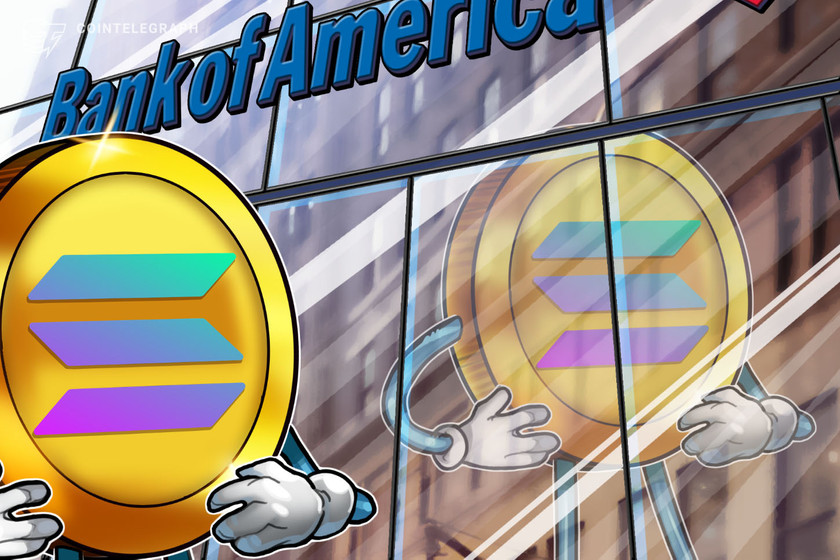 Bank of America digital asset strategist Alkesh Shah has predicted that Ethereum competitor Solana could become the “Visa of the digital asset ecosystem” in a Jan 11 research note.

The Solana network launched in 2020, and has since grown into the fifth largest cryptocurrency with a market capitalization of $47 billion. An order of magnitude faster than Ethereum, it has been used to settle over 50 billion transactions and mint over 5.7 million non-fungible tokens (NFTs).

Critics however argue its speed comes at the cost of decentralization and reliability but Shah thinks the benefits outweigh the drawbacks:

“Its ability to provide high throughput, low cost and ease of use creates a blockchain optimized for consumer use cases like micropayments, DeFi, NFTs, decentralized networks (Web3) and gaming.”

He went on to suggest that Solana is taking a slice of Ethereum’s market share due to its low fees, ease of use, and scalability while Ethereum may be relegated to “high-value transaction and identity, storage and supply chain use cases,” wrote Shah, as quoted by Business Insider

“Ethereum prioritizes decentralization and security, but at the expense of scalability, which has led to periods of network congestion and transaction fees that are occasionally larger than the value of the transaction being sent.”

Visa processes an average of 1,700 transactions per second (TPS), but the network can theoretically handle at least 24,000 TPS. Ethereum currently handles around 12 TPS on mainnet (more on layer twos), while Solana boasts a theoretical limit of 65,000 TPS.

Solana has experienced more than its fair share of network performance issues over the past months, such as withdrawal issues most recently confirmed by Binance on Jan 12, reports of delayed performance across social media on Jan 7 and what appeared to be a DDos attack on Jan 5, although Solana denied this was the case.

This came less than a month after a previous attack on Dec 10, with reports of network congestion caused by mass botting associated with an initial Dec offering (IDO) on Solana-based decentralized exchange platform, Raydium.

In an interview with Cointelegraph on Dec. 22, Austin Federa, head of communications at Solana Labs, said that developers are currently working to address the network’s issues, specifically in relation to improving transaction metering.

“Solana’s runtime is a new design. It doesn’t use EVM [Ethereum Virtual Machine] and a ton of innovation was done to ensure that users have the cheapest fees possible, but there’s still work to be done on the runtime.”

The future blockchain focussed on developers and users : altcoin