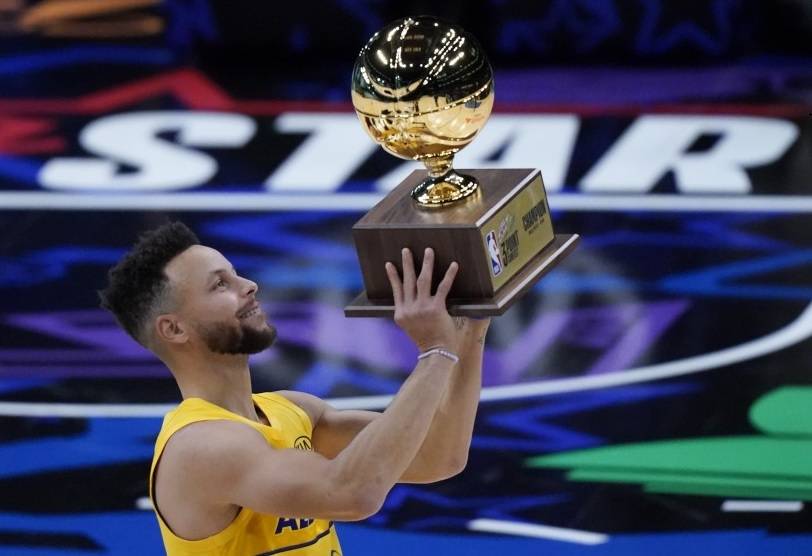 One of the greatest basketball players of all time today announced he’s also ‘getting started in the crypto game’, and ‘pumped to join the team’ at FTX exchange as their new global ambassador and a shareholder.

‘Oh, and FTX is dope!’ the Golden State Warriors point guard then adds.

The NFL legend quote tweeted Curry joking that whatever he did on his cryptocurrency investing journey, don’t add laser eyes to his profile pic.

Whatever you do…don’t laser eyes! https://t.co/VVqUx6E6Oe

The price of Bitcoin corrected after Brady followed in the footsteps of Elon Musk and added the internet meme ‘laser eyes’ effect on his Twitter. However it has since made a strong recovery.

In a press release Curry added: “I’m excited to partner with a company that demystifies the crypto space and eliminates the intimidation factor for first-time users’.

Earlier this year Stephen Curry made news headlines buying a Bored Ape Yacht Club NFT for 55 ETH (at the time worth almost $200k). He received advice from billionaire Michael Saylor when first tweeting about his initial interest in cryptocurrency.

FTX’s use of athlete and celebrity sponsorships has helped the cryptocurrency exchange rise in popularity in 2021 and its native token FTT has also increased in value from under $10 to over $70 in 2021.

“After meeting and speaking with Stephen, it was clear that he is a seamless fit for FTX,” commented FTX co-founder Sam Bankman-Fried.