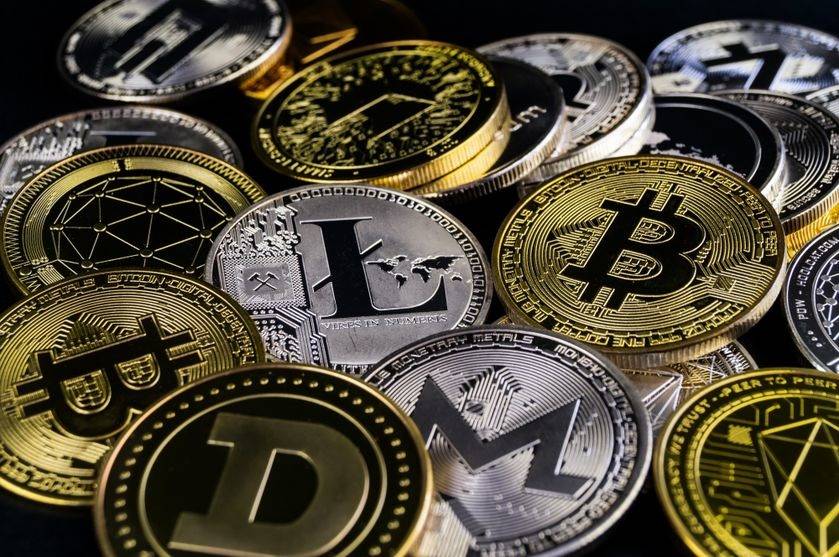 The cryptocurrency market has taken a small step backwards after a day of recovery. Its total value is now $2.1 trillion, having risen after Tuesday’s selloff to $2.16 trillion. Given that the market was worth $2.4 trillion before Tuesday’s dive, it’s therefore clear that it still has space left to rebound. As such, we’ve put together a list of coins most likely to recover strongly over the next couple of days. These 5 cryptocurrency could see a price boom this weekend, assuming that the market recovers. They also all have good long-term potential.

These 5 Cryptocurrency Could See Price Boom This Weekend

A number of technical models and forecasts also indicate that BTC should boom anytime soon. For example, the stock-to-flow model predicts an end-of-year of roughly $100,000.

On-chain (non-S2F) indicator shows no sign of a top yet (no red dots). This is in line with S2F forecast pic.twitter.com/1lGguuhyST

It’s not only technical models. Back in July, a panel of 42 cryptocurrency executives and researchers produced an average end-of-year price forecast of $66,284. This was based on two arguments: 1) that bitcoin was (and once again is) undervalued; and 2) that BTC will increasingly assume the role of ‘digital gold’ as the year ends.

In fact, some of the panel were even more bullish than $66,000. “Adoption by corporations and institutional investors paired with a loose monetary policy and high asset inflation will propel Bitcoin to 6 figures before the end of this year,” said Morpher CEO Martin Fröhler, who predicted an end-of-2021 price of $160,000.

As the original and (still) biggest cryptocurrency, bitcoin can be traded almost everywhere.

ETH’s shorter term moving averages have crossed below its 200-day average. Nonetheless, it has as good a chance as any coin of breaking out this weekend. This is mostly because of market interest surrounding its successful London hard fork and the approaching arrival of Ethereum 2.0.

One of the most bullish factors in ETH’s favour is that it has been burning a portion of its transaction fees ever since the London upgrade. Since this rollout, on August, Ethereum has burned well over 100,000 ETH.

ETH’s daily issuance has now dropped below bitcoin’s. This trend has been accelerated by rising DeFi and NFT volumes. Because such volumes increase the number of transaction, Ethereum has become deflationary, with more ETH being burned than issued.

More ETH was burned in the past 24 hours than issued pic.twitter.com/mhY7NA69kd

Basically, London has resulted in an ETH supply squeeze, something accelerated by the growing staking of coins in Ethereum 2.0’s smart contract. This is why it’s one of 5 cryptocurrency that could see a price boom this weekend.

As with BTC, ethereum can be bought at pretty much any major crypto-exchange, including eToro, Coinbase, Kraken, Gemini, Binance, CEX.io, Crypto.com, Bitstamp, and many, many others.

ADA has fallen along with the rest of the market over these past few days. Having hit an all-time high of $3.09 last week, it has since subsided to $2.46, with most of this fall happening as a result of Tuesday’s leverage-fuelled flash crash. Its current price represents a 5% drop over 24 hours and a 17% fall over a week. On the other hand, ADA is 46% up over the last month.

In comparison to BTC and ETH, ADA’s 30-day and 90-day averages are closer to its 200-day average. Indeed, both of these shorter term averages were on the cusp of crossing the 200-day average yesterday, indicating a potential positive trend.

More broadly, ADA continues to have pretty exciting fundamentals. This Sunday, it will roll out the Alonzo upgrade, introducing smart contracts to the platform for the first time. This will enable it to host decentralised apps and build its own DeFi/NFT ecosystem to rival Ethereum’s (and that of Solana and others). So assuming this rollout goes to plan, expect ADA to jump noticeably at some point on Sunday.

More than 100 companies have been waiting to launch on Cardano, according to founder Charles Hoskinson. An August 31 update on the Cardano ecosystem also found that it had integrated a comparably large number of projects in the buildup to Alonzo’s introduction.

In just 3 months, Cardano has integrated 100 more projects spanning from DeFi to NFT.

Traders can buy ADA at most major exchanges, including eToro, Coinbase, Kraken, Binance, Gemini, and many others.

Despite yesterday’s fall, SOL’s 30- and 90-day averages remain above its 200-day average. This suggests it may still be on a growth spurt.

At a fundamental level, SOL has been a major beneficiary of Wormhole, which launched on August 9. This is a cross-chain bridge, allowing users to transfer assets between Solana and other chains (e.g. Ethereum, BSC and Terra). It is one of the main reasons why Solana’s ecosystem has grown so vigorously over the past month.

Solana’s total value locked in has grown to nearly $9 billion since the launch of Wormhole. It had stood at $1.3 billion as recently as the start of August, indicating a rise of just under 600% in 30 days.

This growth in TVL has followed from a growth of adoption for Solana. Its Solanart NFT platform launched two months ago, and managed to break one million SOL in total volume by the end of August.

Likewise, the Saber cross-chain stablecoin exchange, which runs on Solana, is another a big reason why the platform’s TVL has grown so much in recent weeks.

Saber just became the first protocol on @Solana to reach $2bn+ in TVL!

So even with the dip of the past day, Solana could very well see another boom this weekend. It can be bought at Coinbase, Binance, Kraken and Crypto.com, among several others.

This suspicion is supported by the chart above, which show’s LUNA’s 30- and 90-day averages surging beyond its 200-day average.

The aforementioned Wormhole protocol is one of the main reasons why LUNA has been doing so well. Its August 9 rollout has greatly expanded the Terra ecosystem and its number of users, with LUNA’s price rising from $13 since launch.

Even without Wormhole, the Terra ecosystem has been expanding by itself in recent weeks. It hosts and provides stablecoins pegged to different national currencies, with its largest UST token expanding its supply from $2 billion to $2.5 billion in less than a month. This is bullish for LUNA, since Terra burns LUNA in proportion to the quantity of UST it produces.

LUNA and Terra have also grown as a result of surging interest in DeFi. Taken together with everything else, LUNA is definitely one of 5 cryptocurrency that could see a price boom this weekend

Ethereum, Terra, and Solana are leading the way, with the latter two printing new ATHs in recent days.

Some insights below by ecosystem.

LUNA currently can’t be traded on many of the big exchanges such as Coinbase, eToro or Kraken. However, you can buy it at Binance, Bittrex, Huobi or KuCoin.