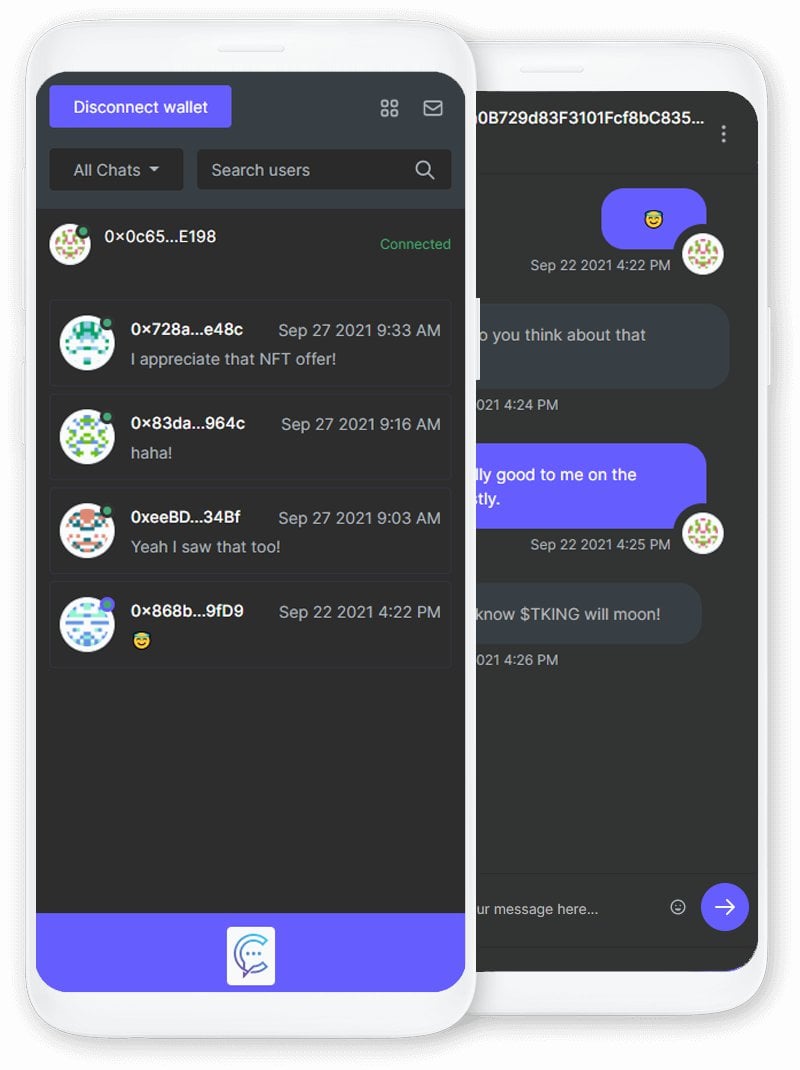 I’ve been spending quite a number of years in the crypto sphere, and beyond the usual top 100 tokens out there, it has been quite difficult to find a good altcoin which offers something unique to invest in.

When $TKING launched I dropped like $30 into the token for the LOLs because I enjoyed the show. But after the token suddenly gained significantly in the market, I had a look at the fundamentals and what it had to offer.

Even though the token only shot up in value because some people wanted to pump it (Matt Wallace), I found that Chainchat.app was a revolutionary idea. So I added several thousand dollars in coins to my portfolio.

I might be wrong, but this is a true gem and when Chainchat launches out of beta with full escrow services, I could see a world where people would jump on this to trade NFTs, and even tokens.

What do you guys think? Will Chainchat be something more than just another dApp in the market fighting for relevance?