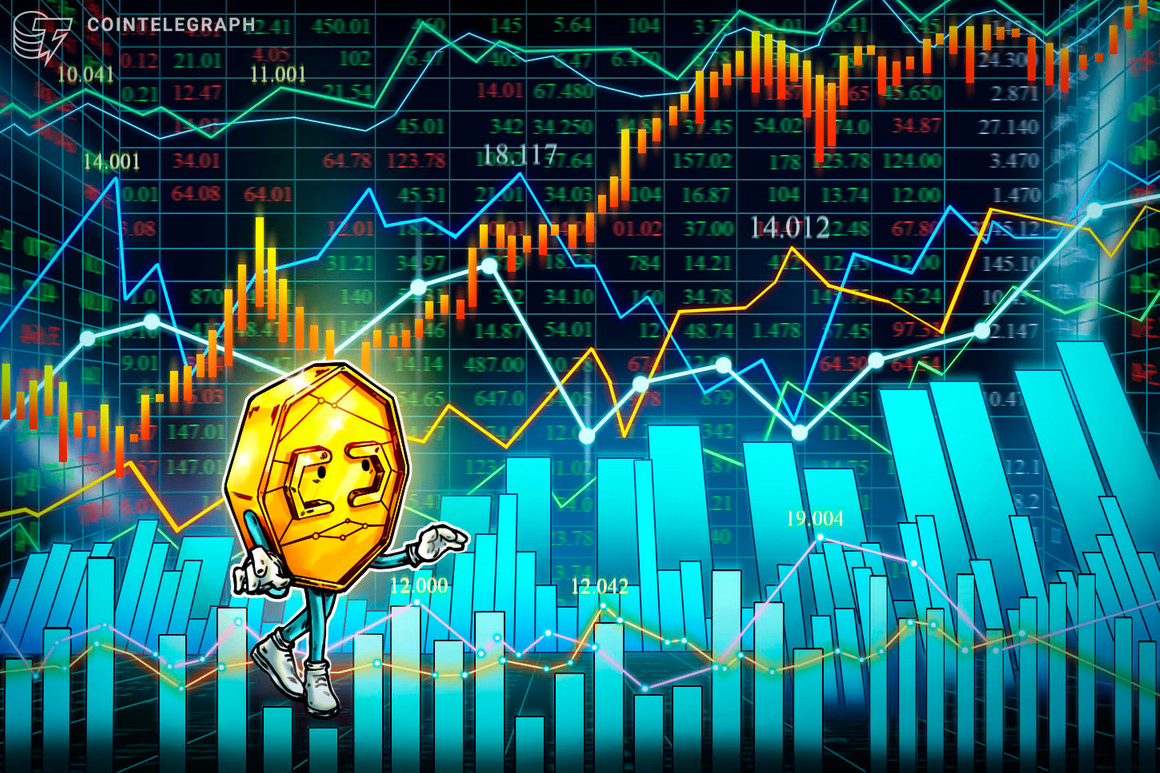 The total cryptocurrency market capitalization gained 2% in the past seven days, reaching $850 billion. Even with the positive movement and the ascending channel that was initiated on Nov. 20, the overall sentiment remains bearish and year-to-date losses amount to 63.5%.

Bitcoin (BTC) price also gained a mere 2% on the week, but investors have little to celebrate as the current $16,800 level represents a 64% drop year-to-date.

Bankrupt exchange FTX remained at the centerpiece of the newsflow after the exchange hacker continued to move portions of the stolen $477 million in stolen assets as an attempt to launder the money. On Nov. 29, analysts alleged that a portion of the stolen funds was transferred to OKX.

The FTX saga has made politicians shout louder in their calls for regulation. On Nov. 28, the European Central Bank (ECB) president Christine Lagarde called regulation and supervision of crypto an “absolute necessity.” The United States House Financial Services Committee Chair Maxine Waters announced that lawmakers would explore the collapse of FTX in a Dec. 13 inquiry.

On Nov. 28, Kraken, a U.S.-based cryptocurrency exchange, agreed to pay more than $362,000 as part of a deal “to settle its potential civil liability” related to violating sanctions against Iran. According to the United States Treasury Department’s Office of Foreign Assets Control, Kraken exported services to users who appeared to be in Iran when they engaged in digita currency transactions.

The 2% weekly gain in total market capitalization was impacted mainly by Ether’s (ETH) 7% positive price move. The bullish sentiment also significantly impacted altcoins, with 6 of the top 80 coins rallying 10% or more in the period.

Fantom (FTM) gained 29.3% amid reports that the Fantom Foundation generates consistent profits and has 30 years of runway without selling any FTM tokens.

Dogecoin (DOGE) rallied 26.8% as investors increased expectations that Elon Musk’s vision for Twitter 2.0 will include some form of DOGE integration.

ApeCoin (APE) gained 15.6% after the community-led DAO made up of ApeCoin holders launched its own marketplace to buy and sell nonfungible tokens (NFTs) from the Yuga Labs ecosystem.

Leverage demand is balanced between bulls and bears

The 7-day funding rate was near zero for Bitcoin, Ether and XRP (XRP), so the data points to a balanced demand between leverage longs (buyers) and shorts (sellers).

The only exception was BNB (BNB), which presented a 1.3% weekly funding rate for those holding leverage shorts. Although it’s not burdensome to sellers, it reflects investors’ unease about buying BNB at the current price levels.

Traders should also analyze the options markets to understand whether whales and arbitrage desks have placed higher bets on bullish or bearish strategies.

Traders can gauge the market’s overall sentiment by measuring whether more activity is going through call (buy) options or put (sell) options. Generally speaking, call options are used for bullish strategies, whereas put options are for bearish ones.

A 0.70 put-to-call ratio indicates that put options open interest lag the more bullish calls by 30% and is therefore bullish. In contrast, a 1.20 indicator favors put options by 20%, which can be deemed bearish.

Even though Bitcoin’s price failed to break the $17,000 resistance on Nov. 30, there was no excessive demand for downside protection using options. As a result, the put-to-call ratio remained steady near 0.53. The Bitcoin options market remains more strongly populated by neutral-to-bearish strategies, as the current level favoring buy options (calls) indicates.

Despite the weekly price rally on select altcoins and even the 7.1% gain in Ether price, there have been no signs of sentiment improvement according to derivatives metrics.

There’s balanced demand for leverage using futures contracts, and the BTC options risk assessment metric did not improve even as Bitcoin’s price tested the $17,000 level.

Currently, the odds favor those betting that the $870 billion market capitalization resistance will display strength, but a 5% negative move toward the $810 billion support is not enough to invalidate the ascending channel, which could give bulls the much-needed room to eradicate the contagion risks caused by FTX’s insolvency.

This article does not contain investment advice or recommendations. Every investment and trading move involves risk, and readers should conduct their own research when making a decision.

The views, thoughts and opinions expressed here are the authors’ alone and do not necessarily reflect or represent the views and opinions of Cointelegraph.

Giving away tickets to ETHBarcelona! : altcoin

How bad is the current state of crypto? On-chain analyst explains