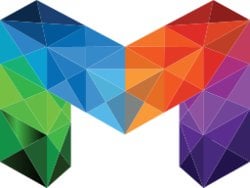 Short answer is because @donjuliozz is very persuasive. The longer and more accurate answer is that Don was convincing enough for me to take a look into the project myself and I have to agree that the project has some serious legs,

@theprojectmerge started in 2017 which means if it was a rug pull / ponsi it would have disappeared by now, also the team has constantly been updating and upgrading the project in this time which dismissed my fears that it may be a con,

Next point is the token itself actually has a use unlike the thousands of doge runoffs being pumped out. The main use at the moment apart from investing and waiting for the inevitable growth is to increase your available uses on the @rocketbotpro tipping and giveaway bot, the great thing about this is it doesn't actually cost you any tokens to increase your uses, you just need to have them in your wallet so if you ever decide against the platform you can just sell up and it really didn't cost you anything, in fact you probably will have gained from the coins going up in value while you were using the platform.

Why use @rocketbotpro instead of the other available tipping bots? Because it's so simple to use, it runs across Discord, Twitter and telegram at the moment with a view for it to be released on insta and facebook in the near future and the codes to trigger the bot are quite self explanatory unlike the other options,

The only downside to @rocketbot is its current lack of coins, because it was created in the dark ages of Crypto it is limited to BTC chain coins at the moment but this is due to change in literally the next few days if not weeks because of the soon to update bridge to the BSC and ETH networks, how the bridge actually works is far too complicated for me to try and explain but the end result will be that almost any coin or token should be able to use the rocketbot on the social media platforms to distribute without paying fees which is a huge marketing advantage when you want to get your coin into more hands.

When this happens more people will need to hold some $Merge if they want to use the bot a lot (it does have free uses but for promotion you will need to hold at least some, not spend, just hold) that will drive the demand for and price of $Merge up and then everyone wins.

And that's why I chose to support $Merge

Which tokens should you buy and hodl in 2022?