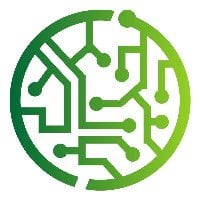 Currently on pace to change the crypto space with an incredibly aggressive roadmap of utilities, Y-5 Finance’s approach is to become the leader in the tokenomics space, creating a one-stop-shop for innovative crypto projects as well as investors, with the promise of security and regulation. It is designed to be an ecosystem in which a portion of the revenue generated from utilities will be used to buy-back and burn supply of its native Y-5 token.

The Special Forces Driving Change in the Tokenomics Space

Bradley, the Y-5 CEO, is responsible for the roadmap, innovation and overall delivery of utilities of Y-5. Originally a financial trader in the City of London, he latterly moved into crypto currencies and innovative blockchain technology.

Stewart, Strategic advisor, is responsible for setting vision, strategy and governance for Y-5. Initially working within the private security and intelligence industry — he ultimately decided to transfer his skills to the risk, intelligence and regulatory compliance sector. He co-founded a successful compliance, risk &amp;amp;amp; technology business that designed, built and deployed solutions for the global financial sector.   Together, these two leaders are ensuring Y-5 Finance will be known as more than just a reflection token.

Launched in January 2022, Y-5 holders have already received over $3MM of Binance-Peg Stablecoin (BUSD) rewards as the token automatically redistributes 13% of each transaction back to its holders in real time. With stable trading volume, this tokenomics structure may create a passive income stream for holders taking them one step closer to financial freedom.

In addition to the 13% reflections, another 7% of each transaction is used to advance the project and its long-term ambitions including: 4% of transactions to buy back and burn its circulating supply, 2% to the project wallet and 1% to the liquidity pool. Currently, approximately 15% of the supply has been burned and the contract wallet has accumulated $910,000 which will be used strategically for future burns.

Notably, the roadmap includes the ability to choose custom reflections (instead of the current BUSD) as well as staking and farming options for holders.

Y-5 Finance hopes to provide a simple, yet, effective service for any project looking to launch their token through Y-5’s launchpad. Initially, projects will be given the option to select liquidity pools between PancakeSwap and Y-5 Finance, however, this will eventually be restricted to Y-5 Finance’s own liquidity pool.

Fees for the Launchpad will be extremely competitive: 2% of the raise and 1% of the tokens listed for sale. Furthermore, tokens received will NOT be dumped by Y-5 Finance, instead, reflection earnings from the tokens held will be used towards the buy back and burn of the Y-5 token. As an added benefit, projects choosing to launch with Y-5 will also be listed on the Y-5 tokenomics exchange free of charge.

Still in its infancy, the Y-5 Exchange has burnt more than 1.5 trillion Y-5 tokens (as at Q2 2022). V2 of the exchange will look to build upon the success of V1 by becoming a fully integrated CEX and DEX combined* with NFT login capabilities though secure data storage and verification, allowing holders to log into the platform seamlessly. Further improvements will include: fiat on ramp/off ramp, the release of Y-5GBP and Y-5USD stable coins (thus providing additional liquidity pools for projects), the Y-5 Wallet and Debit Card as well as others.

Future updates to the exchange will allow projects listed on the Y-5 tokenomics exchange to inject into liquidity pools backed by the Y-5 stable coins which will ultimately benefit projects by not limiting their market cap due to fluctuations of currently paired tokens.

Furthermore, the roadmap proposed by Y-5 Finance has received approval within Gibraltar in order to operate as a fully regulated tokenomics exchange – the first of its kind.

*A CEX (Centralized Exchange) is an online trading platform that matches buyers and sellers through an order book similar to the stock market. A DEX (Decentralized Exchange) is completely autonomous in a sense that they are powered by smart contracts that allow all individuals to trade one digital asset for another with all transactions shown on the blockchain.

Once live, Y-5 holders will be able to stake their Y-5 tokens and choose rewards based on one of the following tokens: ETH-BSC, BTC-BSC, Crypter, Rematic, Reflecto, Evergrow, BUSD, Safemoon, Shiba, Dogecoin. All staking details will be released in the near future including how-to guides and videos.

Y-5 Finance also has its own fully functional DAO which allows for the community to get involved by proposing ideas and changes for the core team.

Proposals are then voted for by the community and are discussed and delivered by the core team based on several factors including the potential impact of the change as well as the ability for the change to provide a revenue stream for Y-5 Finance.

The Y-5 Blockchain will open up a realm of possibilities for the Y-5 Token as well as other projects within the Y-5 ecosystem.

The Y-5 blockchain is a distributed database that is shared among the nodes of a computer network. The information is stored in a digital format and maintain a secure and decentralised record of transactions. The Y-5 blockchain will allow digital information to be recorded and distributed but not edited. The information and history are irreversible and could record a list of transactions, as well as legal contracts, product inventory as well as several other types of information.

More details on the Y-5 Blockchain, its features and eventual release will be advised at a future date.

To round up the Y-5 Ecosystem, Y-5 Finance will also introduce an NFT Marketplace as well as Play-to-Earn games. More information on these items will be provided at a later date as current priority in current development is for V2 exchange and custom reflection dashboard.

No project is without its risks and with big ambitions, this project can only be as strong as the team behind it. In order to be a regulated tokenomics exchange, there are strict guidelines and policies that must be followed at all times. Although the team has had its roadmap approved by the regulators in Gibraltar, any deviation from the approved roadmap can mean that the project will be stripped of that title. There are also risks that the project is not adopted by the public however that depends on the teams ability to market. Also, the team will rely on institutional investments into their project. As this is a big reason for them wanting to become regulated, being able to secure institutional financing will make an impact on the success of this project.

If anyone would like to know more about Y5 Finance or if you have any questions or comments, please comment on this thread or send me a DM.

o To be released in 2022: 5 token custom reflection dashboard, staking and farming

o Approximately 15% of supply has already been burnt; currently just over $900,000 in the buy back and burn wallet to be used strategically as needed

o Liquidity pool in PCS or Y-5, as we evolve, it will be restricted to Y-5

o Fees: 2% of raise and 1% of tokens listed for sale – raise amount to be used towards buy back and burn of Y-5 token

o 0.3% of all exchange volume and 100% of listing fees are allocated to buy back and burn of Y5 token

o V2 will introduce fiat on ramp/off ramp, the release of Y-5GBP and Y5-USD stable coins, the Y-5 Wallet and Debit Card and more

o All voted proposals are then reviewed by the core team

o More information to be released at a future date. Priority in current development is for V2 exchange and custom reflection dashboard.

Dragon Crypto Gaming: Aurum | Nicky is bringing a sneak peek at the gaming mechanics in our upcoming P2E game The Legend of Aurum Draconis on AVAX Chain! Don’t forget to like and subscribe!